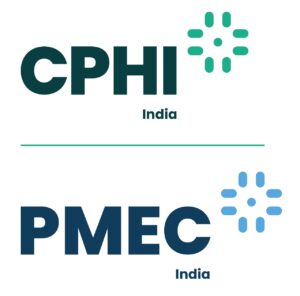 ndia is set for record growth in 2023 after pharma manufacturers report surging international partnering at CPHI Frankfurt. Contract Manufacturing organisations (CMO) appear to be the biggest beneficiaries of new contracts, closely followed by API manufacturers in the country. In fact, for the first time Indian API manufacturing has surpassed the quality scores of even Europe’s leading API hub – Italy – in the CPHI Annual Survey.

Last week’s CPHI Frankfurt saw a return to event’s pre-pandemic scale with the industry partnering at record pace and Indian companies reporting surging interest from the EU and in particular USA. Companies in both the USA and Europe are reportedly deepening ties with India’s pharma industry as a response to recent macro-sourcing changes.

“We have been growing extremely quickly in the last few years and this is being driven by an increasing volume of contract services work emerging from the United States – particularly for development projects. Biotechs are using our chemistry services and then going longer in development, while big pharma sees India as a key strategic development hub,” commented, Ramesh Subramanian Chief Commercial Officer at Aragen.

India has seen improved scores from international executives across all metrics in the new CPHI Annual Report and, mirroring this trend, CPHI & PMEC India expects representatives from more than 79 countries when the show opens later this month (29 November – 1st December).

In fact, the country has seen record rises in many categories and has overtaken Japan, Switzerland, Italy and France in the overall rankings, finishing only behind the UK, Germany and the USA. The country was also identified by nearly 50% of pharma industry executives as the biggest beneficiary of ‘geo-sourcing strategies’ in next three years. India recorded its largest ever improvements in scores for the quality of its ‘finished dose manufacturing’ and ‘API manufacturing’ – with a massive 15% gain in the latter category.

With these positive results as the event’s backdrop, the 16th CPHI & PMEC India will run in a hybrid form – with a two week online partnering platform either side of the in-person event at India Expo Centre (Greater Noida) in the New Delhi Capital Region. Pharmaceutical machinery is predicted to be in high demand as both generic companies and CDMOs invest in next generation equipment like continuous processing and advanced analytical equipment to help maintain the country’s impressive 15% annualised growth rate.

“We are at a key moment for India as it achieves comparable and even improved quality with many European nations. This coupled with geo-sourcing strategies underway means that in the next year and the year’s that follow India is likely to see a sustained period as one of pharma’s fastest innovating and growing nations. What’s exciting for CPHI is that we are playing an integral role at the heart of this dynamism by empowering the country’s industry with the partnering it needs to fuel growth,” commented Olga Ponomareva-Stepnaya, brand manager for CPHI India.

CPHI India will feature India Pharma Week, along with the 6th annual Pre-connect congress, the Women in Pharma roundtable, the eco roundtable and the India Pharma Awards. The event will see around 40,000 executives attend from more than 70 countries, of which nearly 50% are C-Suite and 65% have purchasing responsibility. Thousands of global companies will gather to get new insights and contacts in what is predicted to be pharma’s most competitive marketplace in 2023.