The major pharmaceutical multinationals continue to look for new product development opportunities and have recently been investing in small- to mid-sized biotechs to boost their portfolios of innovative therapeutics.

A good example of the recent moves by Big Pharma to boost their therapeutic products portfolios is that of Pfizer, Inc, which has been investing heavily in biotechnology innovation: during the second half of last year, the company invested a total of $120 million in four clinical-stage biotech companies as part of its Pfizer Breakthrough Growth Initiative. Through PBGI, Pfizer is investing up to $500 million in biotechnology companies, providing funding and access to its scientific expertise to help ensure the continuity of promising clinical development programmes it says are of potential future strategic interest.

Established in June 2020, the PBGI focuses on non-controlling equity investments primarily in public companies with small- to medium-sized market capitalizations and in mature private companies that are developing clinical-stage assets aligned with Pfizer’s core areas of focus: Internal Medicine, Inflammation & Immunology, Oncology, Rare Disease, Vaccines, and Hospital. In addition to equity, Pfizer looks to strengthen its collaborations through participation on company and scientific advisory boards, as well as securing certain strategic rights when of mutual fit. 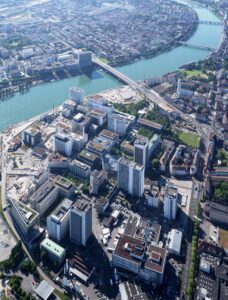 Novartis and GSK have launched a collaboration to support high-quality scientific research investigating the link between genetic diversity across different regions in Africa and its potential impact on response to drug therapeutics. The Project Africa Genomic Research Approach for Diversity and Optimizing Therapeutics (GRADIENT), with a combined funding commitment of $3.6 million over five years, calls on African researchers to submit robust research proposals on the relevance of African genetic diversity to the treatment of malaria and tuberculosis.

Project Africa GRADIENT comprises three funding mechanisms to support the following: A limited number of fellowships in academic institutions with a reputation for global excellence to collect and analyze data on determinants of drug response; investigator-sponsored hypothesis-driven research focused on understanding genetic regional variation in drug response; and a limited number of seed-funded projects to enable the exploration of new research goals, depending on the progress made in awarding fellowships and initiating sponsored research projects.

Within the scope of the agreement, the South African Medical Research Council (SAMRC) will administer the project, and a Joint Steering Committee will oversee the review of submitted proposals. Priority will be given to research aimed at collecting data from currently under-represented regions and improving the scientific robustness of inconsistent data. All datasets collated are planned to be released in a public database to catalyze a positive change in approach to understanding variations in treatment efficacy and safety for patients across the continent.

As a first step, researchers based at universities, science councils and other public research organizations across Africa are invited to express their ‘intent to submit’ through the SAMRC website (www.samrc.ac.za) and the final award recipients are expected to be announced by end of this year.

Merck & Co recently acquired all the outstanding shares of biotech company OncoImmune for an upfront payment of $425 million. OncoImmune recently announced positive top-line findings from an interim efficacy analysis of a Phase 3 study evaluating its lead therapeutic candidate CD24Fc for the treatment of patients with severe and critical COVID-19 and has also acquired all the outstanding shares of VelosBio for $2.75 billion in cash. VelosBio is a privately held clinical-stage biopharmaceutical company developing cancer therapies targeting receptor tyrosine kinase-like orphan receptor 1 (ROR1) with lead investigational candidate, VLS-101, an antibody-drug conjugate (ADC) targeting ROR1 currently being evaluated in a Phase 1 and a Phase 2 clinical trial for the treatment of patients with hematologic malignancies and solid tumours, respectively.

In October 2020, VelosBio announced the initiation of a Phase 2 clinical trial (NCT04504916) to evaluate VLS-101 for the treatment of patients with solid tumours, including patients with triple-negative breast cancer (TNBC), hormone receptor-positive and/or HER2-positive breast cancer, and non-squamous non-small-cell lung cancer (NSCLC). VLS-101 demonstrated a manageable safety profile and early signs of anti-tumour activity In early clinical trials. A Phase 1 clinical trial showed that VLS-101 resulted in objective clinical responses, including complete responses, in 47% of patients with mantle cell lymphoma (MCL) and 80% of patients with diffuse large B-cell lymphoma. VelosBio is also developing a preclinical pipeline of next-generation ADCs and bispecific antibodies targeting ROR1 with the potential to complement VLS-101 by offering alternative methods of tumour cell killing.

In December of last year, GSK and Ahren Innovation Capital announced a Series A investment in Adrestia Therapeutics, a UK-based biotechnology company using cutting-edge molecular biology to develop precision medicines. In addition, GSK is entering into a multi-year agreement with Adrestia on up to five strategic collaborative projects, with Adrestia eligible to receive up to $230 million (£172 million) from each project in post-option milestone payments, plus royalties, subject to development and commercialization progress, across multiple arising products. In addition to the Series A investment for an equity stake, GSK is also making an upfront payment for the collaborative projects. The collaboration will combine Adrestia’s synthetic viability platform with GSK’s scientific expertise in human genetics, functional genomics, screening, and bioinformatics.

Also last December, Janssen Pharmaceuticals acquired the rights to Hemera Biosciences’ investigational gene therapy HMR59 for the treatment of geographic atrophy, a late-stage and severe form of age-related macular degeneration (AMD). Patients with AMD often have low levels of CD59, a protein that protects the retina from damage caused by an essential part of the body’s natural immune response called ‘complement’.

AbbVie and Frontier Medicines Corporation, a precision medicine company drugging challenging protein targets to develop new medicines, have established a global strategic collaboration to discover, develop and commercialize a pipeline of innovative small-molecule therapeutics against high-interest, difficult-to-drug protein targets. The two companies are utilizing Frontier’s proprietary chemoproteomics platform to identify small molecules for programmes directed to novel E3 ligases and certain oncology and immunology targets. The companies say that by selecting certain immunology and oncology targets that are considered well validated but, so far, inaccessible, the collaboration has the potential to develop highly differentiated and efficacious therapeutics.

Frontier will be eligible to receive success-based development and commercial milestone payments that could potentially exceed $1 billion in addition to royalty payments on commercialized products and AbbVie retains the right to expand the collaboration in the future by exercising options to a defined number of additional targets. The collaboration excludes all of Frontier’s internal programmes for which the company retains its exclusive global rights. 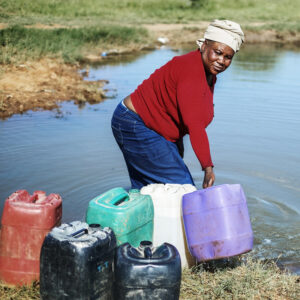 Sanofi has renewed its neglected tropical diseases partnership with the WHO, consolidating a 20-year collaboration to develop treatments against some of the most neglected tropical diseases and supporting the WHO in its commitment to sustainably eliminate sleeping sickness before 2030. With this new five-year commitment, Sanofi will provide consistent financial support with $25 million ($ 5 million per year) dedicated to disease management, including screening of populations, disease awareness campaigns, capacity building, and drug donation.

The partnership between Sanofi and the WHO started in 2001 in support of the screening, control and treatment of sleeping sickness, one of the most neglected tropical diseases affecting for the most underserved populations of sub-Saharan African countries. Since 2001, more than 40 million people have been screened for sleeping sickness and over 210,000 patients have been treated and saved. In 20 years, the number of cases of this disease – fatal if not treated – decreased by 97%. Sanofi’s collaboration with the WHO has also been extended since 2006 to include three additional diseases: leishmaniasis, Chagas disease and Buruli ulcer.

For further information on the companies featured in this article see the following websites: