How nanotech contributes to sporting success! 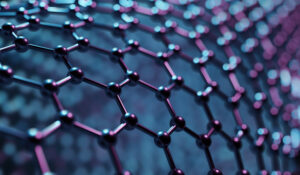 The use of nanomaterials continue to grow into and across many sectors, but one of the longest standing industries that has used nanomaterials is the sports industry. There are already a number of retail sports products sold today that contain nanomaterials, and this trend is likely to continue as more people become aware of their benefits.

Sports equipment has been a much lower barrier of entry for nanomaterials compared to other industries because their use typically involves being added into an existing matrix to form a nano-enhanced composite, and the products do not have to undergo the levels of testing found in some other industries — for example, aerospace or automotive. Integrating nanomaterial in this way is typically much easier to do, but it offers a way to take advantage of the many properties and size benefits that nanomaterials possess — such as high tensile strengths, stabilities, and light weightness.

While many industries adopting nanotechnology have still not yet fully commercialized products based on this approach due to higher barriers of entry/higher regulatory barriers, the nano-enhanced sports equipment market already includes a number of products that are available to the public and are spread across many different sports. Let’s look at what the commercial space looks like for nano-enhanced sports equipment around the world.

Back when carbon nanotubes (CNTs) were seen as the next big thing in materials science, there was a lot of interest in developing CNTs for structural-based applications, and that includes in sports equipment. CNTs have highly desirable physical properties if they can be integrated into a matrix properly. They were one of the first nanomaterials to be used in sports equipment, and their use is still prevalent today. 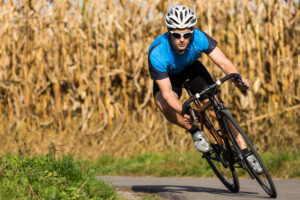 In terms of what is available, CNTs have been inserted into composite frames of the bicycle frames made by BicycleManufacturing Co. (BMC) in Switzerland and have not only been used to make the frames incredibly light, but but also increase the stiffness, durability and rigidity of the frame. Beyond bikes, CNTs have also been infused into the shafts of arrows by equipment manufacturer Easton for better vibration control in competitive archery.

The scope for using CNTs in sports equipment has also extended to the shafts of some very expensive and specialized golf clubs made by the Japanese company Maruman, to provide a lower torque and reduce the weight of the club. The use of CNTs has also reached the frames of some of the tennis rackets made by one of the most famous tennis brands in the world, Wilson, to reduce the weight of the racket, while improving durability, stiffness, impact resistance and vibration control. While most of the applications of CNT take the form of a composite, Return AS has taken a different approach for kayaks and created a CNT-infused epoxy coating that improves the abrasion and cracking resistance of kayaks.

Inorganic nanomaterials are not widely used in sports equipment — and where they are they mostly consist of either silica nanoparticles or nanoclays — but they have been used in certain areas for a very long time. One exception is that the longstanding racquet manufacturer, Head, has been using nano-titanium to increase the stiffness and power of their racquets.

Speaking of racquets, Wilson has also produced a series of tennis racquets that use silicon dioxide nanoparticles in the frame to increase the strength of the racquet without increasing its weight. Wilson has also used silicon-based nanoparticles — they have dispersed silicate nanoparticles into polymer coatings for the inside of some of their tennis balls. The coatings have excellent gas barrier properties, so the tennis balls are claimed to last twice as long because the air loss from the inside of the tennis ball is reduced.

Since CNTs became a hit in sports equipment, other carbon nanomaterials, such as nanoscale carbon fibre and graphene, have also attracted a lot of attention. The thinness, superior tensile strength, flexibility, and stability of graphene has meant that it has attracted the most interest for sports equipment outside of CNTs, but it has only been in the past few years that commercial offerings have started to materialize.

Continuing the trend with other nanomaterials, graphene has been used to increase the strength and flexibility of tennis racquets, with Head being the first company to take advantage of the material. Despite the newness of graphene, there is a wider scope than just racquets, one example being the hockey sticks produced by Gray’s (in collaboration with XG Sciences) which have graphene nanoplatelets incorporated into a composite matrix. The addition of graphene into hockey sticks not only improves the strength of the stick, but it also makes it more efficient at absorbing energy when the ball is struck.

There have also been some interesting developments in bicycle technology, with Vittoria and Goodyear both launching graphene-enhanced tyres for racing bikes. The lightweight and strong nature of graphene also lends itself to bicycle frames (much like CNTs). The first prototypes of graphene bike frames came from the South Korean company Standard Graphene; however, the first market offering has come from Dassi — and their first market product, the Dassi Interceptor, has a frame that weighs in at just 750g: the company has plans to achieve a final weight of a mere 350g in the near future.

The low barrier entry requirements for new materials in sports equipment has meant that the adoption of nanomaterials has happened more rapidly, and became more widespread, than in other higher-tech industries. Various nanomaterials bring structural benefits, as well as comfort benefits, to the user, with there being a number of different materials available to fit the needs and usage conditions of different sports. While sports equipment may have been the first port of call for many nanomaterials, the use of nanotechnology in sports equipment is still growing today, and the scope for nanomaterials in the sports industry even extends beyond the equipment as there is also a lot of interest in nano-enhanced sports clothing (but that’s something for another time!).