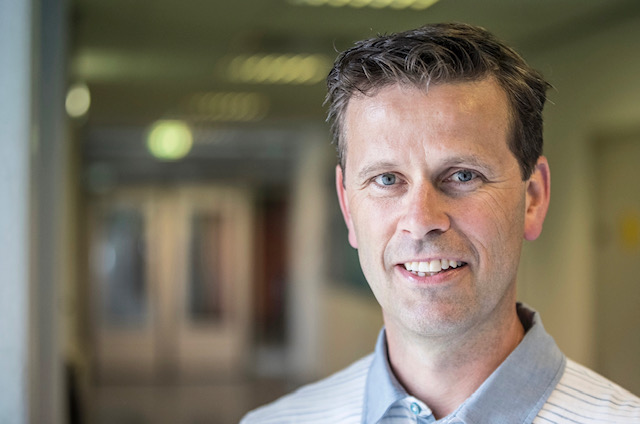 André de Vries, Commercial Director, and Raf Reintjens, Principal Scientist Process Intensification, at InnoSyn share their thoughts on Selective Laser Melting (SLM or’3D metal printing’) as an enabling technology for the manufacturing of tailored-flow reactors and mixers.
The benefits of continuous manufacturing for the chemical industry are well documented. Lately, the small-molecule pharmaceutical arena has also adopted so-called flow chemistry as one of its focus points to improve manufacturing processes. The arrival of a wide range of flow reactor systems from several equipment providers has enabled a first proof-of-concept of flow processes for a vast variety of reactions, both in academia and in the pharma industry.
Typical useful chemical reactions to perform preferably in a continuous mode can be divided into two main categories. Notably, very fast, highly exothermic reactions, such as nitrations, DiBAl-H reductions and  the like, and metalorganic reactions. These are very much helped by the hugely increased heat and mass transfer of small tubular reactors compared to batch vessels. In addition, the residence time distribution narrows, producing an additional positive impact on selectivity. A second class of reactions ideal for flow are the ones using a hazardous or potentially explosive reagent, or reactions operating via a hazardous reaction mixture. Continuous operation is much more safe, since there is no accumulation of such a hazardous reagent and/or mixture.
The variety of reactions in both groups is enormous though, hence a tailored piece of flow equipment would be the best solution for performing these reactions in the most productive and safe mode. At InnoSyn we adopted SLM, or 3D metal printing, as an enabling manufacturing technology to create these best-fit-for-purpose reactors and mixers. The application of 3D metal printing is growing exponentially driven by the aerospace, automotive and medical devices industry as SLM is capable of printing fullly dense objects in any metal that can be welded – giving the possibility of addressing the corrosiveness of the reaction mixture and providing almost unlimited freedom of design.
Exothermic and hazardous reactions
For highly exothermic reactions, a large heat transfer is preferred, possibly to be obtained by a 3D-metal-printed double-jacketed flow reactor with a relatively narrow channel (up to 2 mm) and a zigzag pattern for additional secondary flow phenomena, ie Dean vortices, (see Figure 1, upper left). If even better mixing is required in very short residence times, Innosyn has developed a Y-type static mixer (see Figure 1 upper right), in which diameters and flow speeds of both reagents can be altered as required. These reactors exhibit excellent mixing capabilities as determined independently by MSD (OPRD, 2018, 22, 1015). When applyinghazardous reagents in relative slow chemistry, for example SN2 substitutions with sodium azide at sterically hindered alkylbromides, it would be preferable to use a rather large flow reactor (250 mL shown) to reach the required residence time of multiple minutes. The key here is to achieve a narrow residence time distribution, which can be obtained using SMXL elements in straight pipes of ca 1 cm (see Figure 1, bottom). 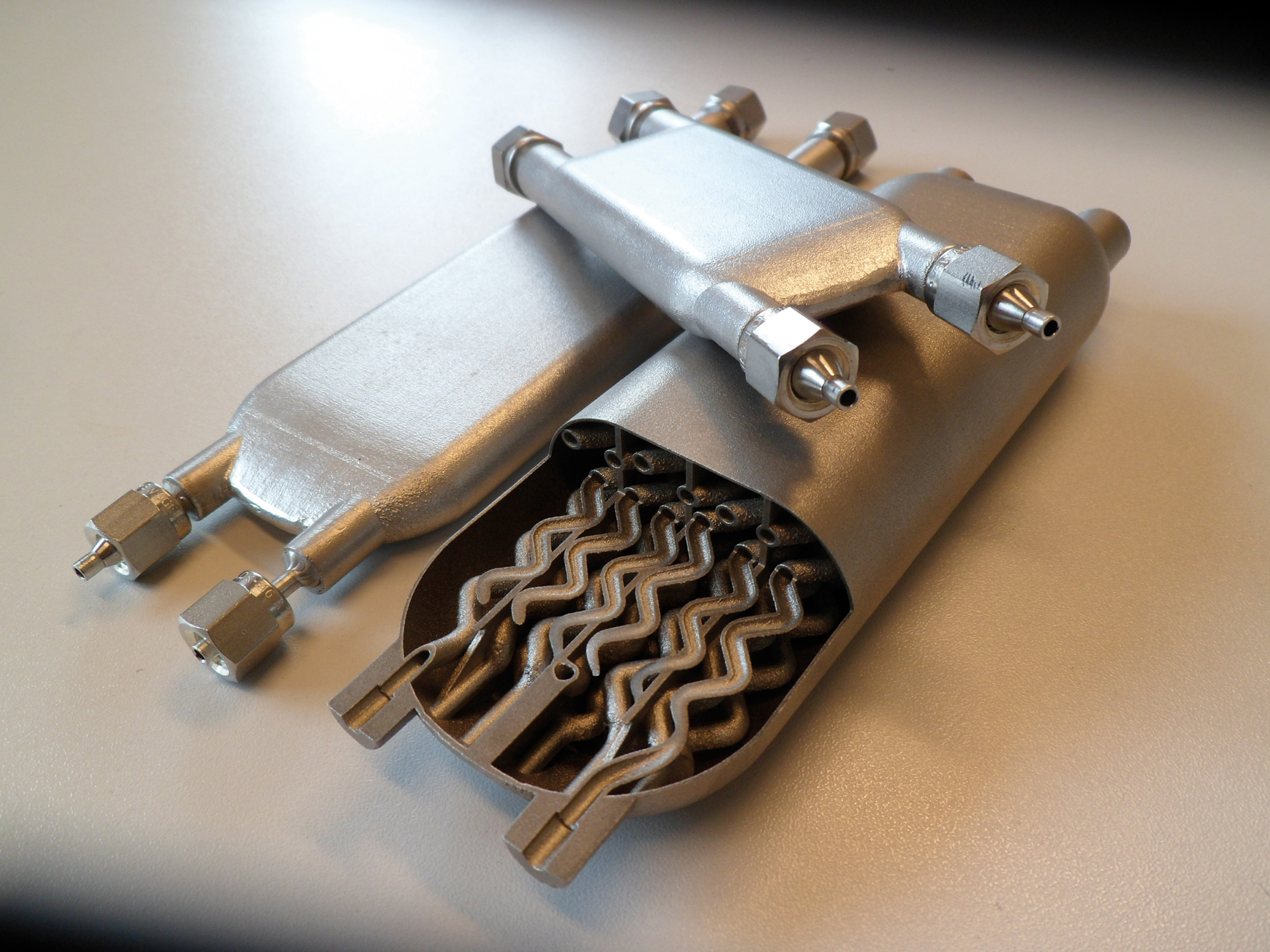 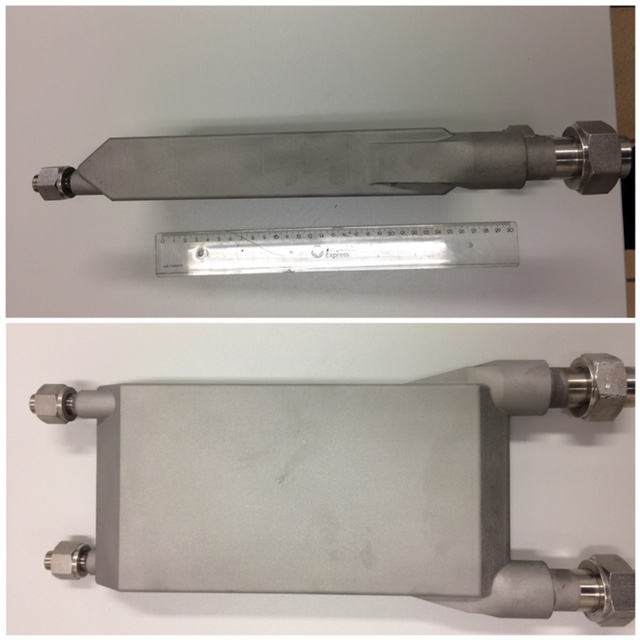 Figure 1.Upper left: Double-jacketed 3D-metal-printed flow reactors, and a cut-open one, all with a zigzag channel for superb heat transfer (U up to 10,000 W/m2K). Upper right: Static mixer, 3D-printed examples. Bottom left: Design of a 250ml flow reactor with SMXL elements for relatively slow reactions. Bottom right: the 3D-metal-printed result.
When performing investigations in the lab, flow reactors and mixers with different features can be connected using the Swagelok fittings. Once the important parameters, such as which mixer to use, reaction temperature, flow speeds (residence times) etc., are set, it might be an option to design and 3D metal print all of the reactor features in one device. For highly reactive and exothermic chemistry, Innosyn designed such an all in one device (see Figure 2) with the option to use up to four injection ports (double jacketed T-mixers) to control the temperature rise as required. An additional feature, five thermocouple ports are installed to measure the actual temperature in the reactor channel before and after every injection port. 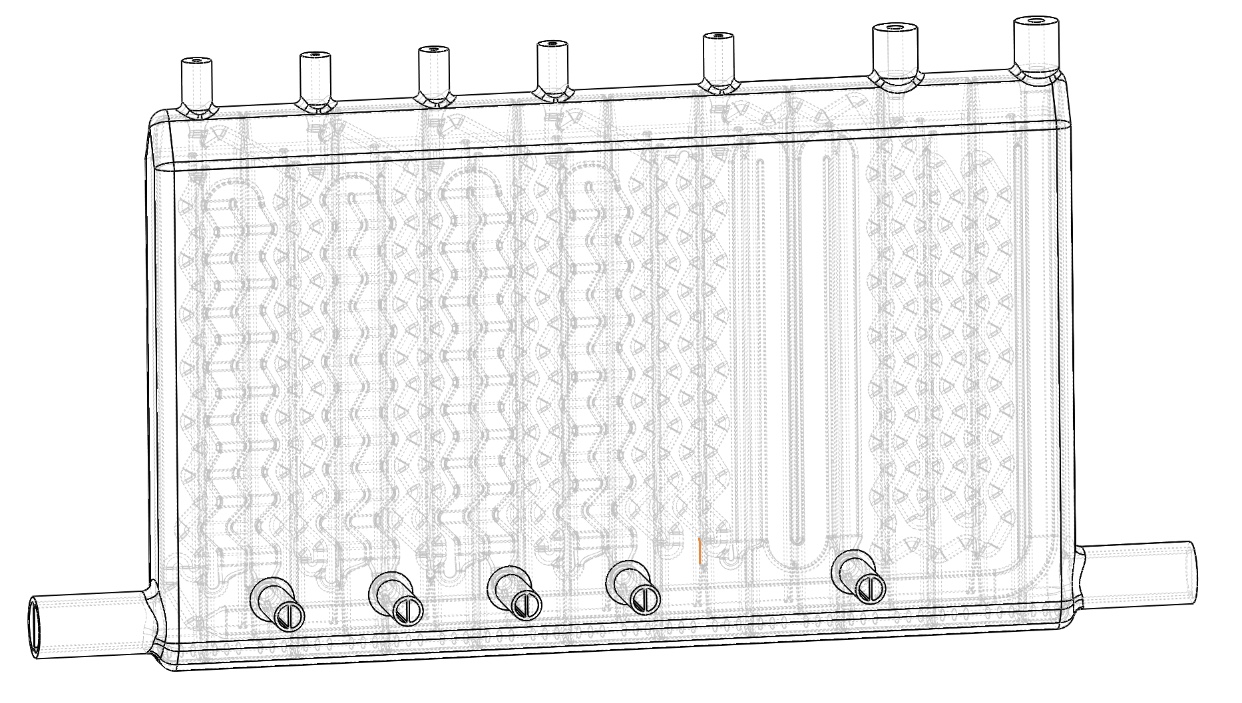 Figure 2. Design of multi-injection and multi temperature probe reactor (all double jacketed) for highly exothermic chemistry (HTF = Heat transfer fluid).
CRyoFlowSkid for highly exothermic reactions
SLM also makes it possible to create geometrically complex partswith low material consumption, making it Innosyn’s preferred manufacturing technology for best-fit-for-purpose flow reactors and mixers.
Together with DeDietrich Process Systems, a partner well established in the field of engineering and construction of process installations, Innosyn recently developed a ready-to-roll-in skid (the CryoFlowSkid, see Figure 3), which is ideally suited for executing highly exothermic chemistry, for example the three-step sequence of in situ organometallic reagent preparation and its addition to a ketone or imine, and a subsequent quench.
The entire system is compact so that it can be placed in a drive-in fume cupboard while the control box is loose and can be driven away from the process part. Process control, data acquisition and safeguarding are all automated (PLC) and all refrigerated components are located in an insulated chamber that is flushed with dry nitrogen to prevent ice buildup.The reactors contain several temperature sensors that measure the temperature in the reaction channels. Depending on the exact chemistry being performed, scales of up to 100 kg per day of product could be obtained with this ready-to-roll-in skid. 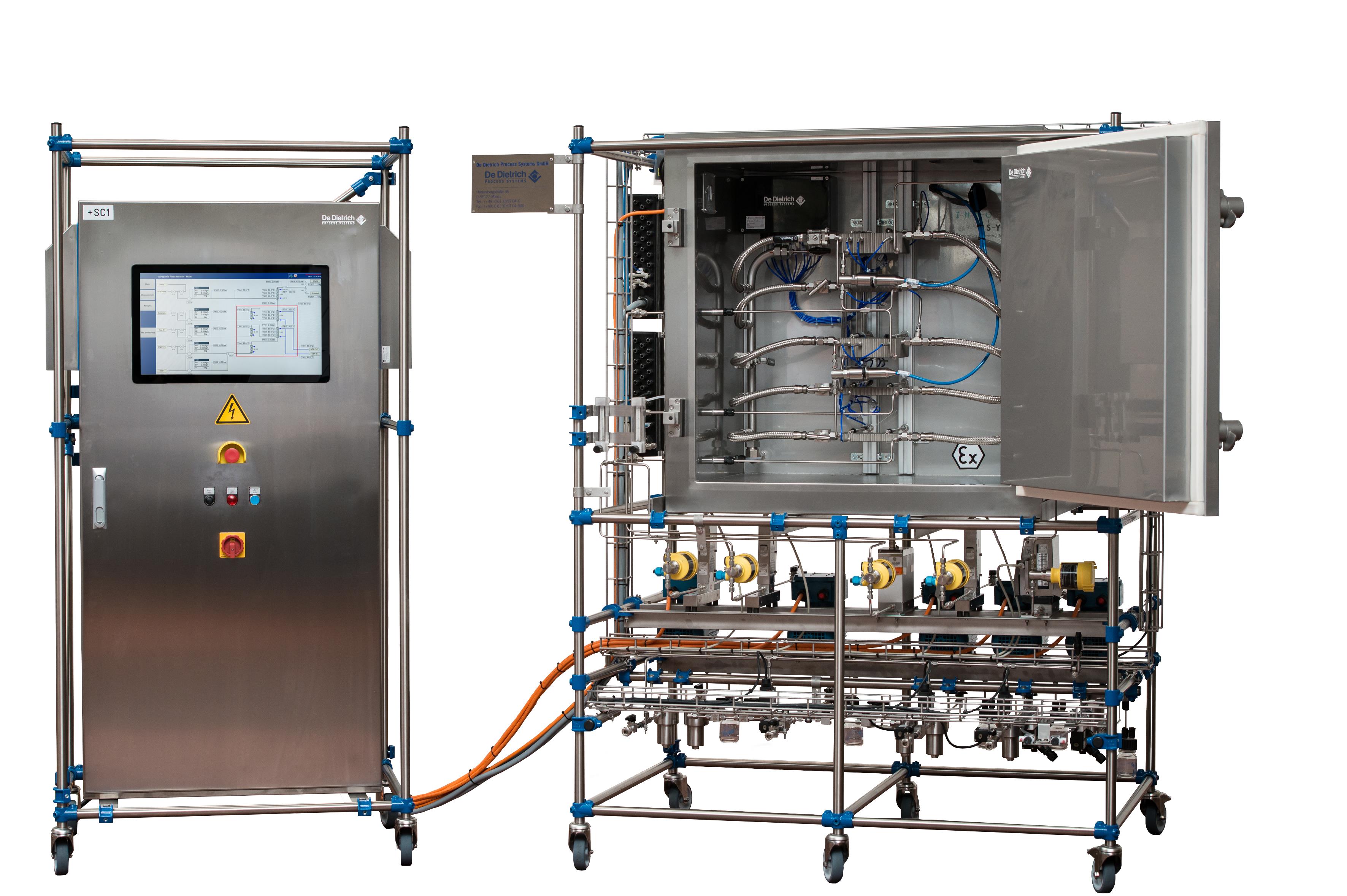 Figure 3.The CryoFlowSkid for highly exothermic chemistry by DeDietrich Process Systems with InnoSyn’s 3D-metal-printed reactors inside.