SAFE HANDLING OF PHOSGENE AT VALSYNTHESE 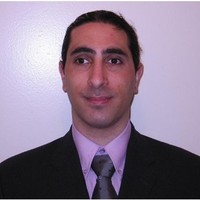 Valsynthese, a Swiss CDMO, part of the international group SSE Holding, has extensive expertise and capabilities in the field of high-risk chemical reactions & energetic processes where safe handling of hazardous reagents and substances is required.

Phosgene (COCI), despite its high toxicity, has been used since its discovery in 1812 in a broad variety of industrial syntheses and is still a versatile reagent giving rise to various building blocks. The technological capabilities of Valsynthese were extended to phosgenation in 2013.

The number of patents related to phosgene is continuously increasing as well as the use in application-related fields. In the last 3–4 years, phosgene was involved in the synthesis of APIs, fungicides and polymers, just to mention some examples. This complexity in terms of application areas is also reflected in Valsynthese custom manufacturing experience.  The unbroken interest in the use of phosgene is not only due to its reactivity but also to its versatility. 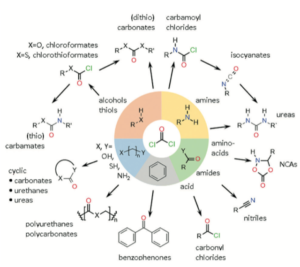 Scheme 1 illustrates a brief summary of the synthetic capabilities by using this versatile reagent.

Valsynthese’s current main focus is set to the production of isocyanates starting from amines (aliphatics or aromatics). Isocyanates are esters of isocyanic acid and are often commodities for the formation of polyurethanes.

Nevertheless, there is a vast number of applications which require custom-made isocyanates in significantly smaller amounts, sometimes also produced under cGMP conditions. This is where Valsynthese really differentiates itself from other phosgene-using companies.

For both laboratory and production, a specifically contained and sensor-monitored area is used for phosgene reactions to avoid uncontrolled spreading of this high toxic gas. In laboratory, a dedicated phosgene chamber is installed, using a double-door lock entry system and a permanent lower atmospheric pressure inside. On  production scale, a similar containment is  applied; however, here we operate in a complete stand-alone building. In both cases the off-gas is sent over scrubbers, which are charged with 30% aqueous sodium hydroxide (NaOH).

For laboratory scale already, the 70 L primary scrubber contains an excess of more than 28-times of the needed amount of base to completely neutralize phosgene from the 1.2 kg phosgene cylinder.

Differently, on production scale the scrubber operates with an amount of sodium hydroxide that can safely neutralize the complete amount of added phosgene.

The main difference between laboratory and production is the grade of automation. The laboratory is naturally more labor-intensive but allows a closer observation and manipulation of the reaction. The potential exposure to phosgene is thus more likely during the process development phase. In case of a phosgene leakage, an alarm is triggered which redirects not just the process but also cabin gases automatically over a second and significantly bigger scrubber.

In production, the presence of operators in the bunker is strictly prohibited while running phosgenation. An automated ammonia sprinkler grants full decontamination in case of leakage, neutralizing the entire atmosphere of the unmanned contained area.

Phosgenation reactions are usually carried out in a highly diluted way (ca. 6 to 12 weight‑% concentration of the starting material). As a result, the scale-up capabilities in laboratory are limited to 20–50 g batches. In production, batch sizes of 100 kg to 300 kg are realistic, based on reagent and effective concentration. As isocyanate production most often requires high-temperatures reactions (solvents such as chlorobenzene and o-dichlorobenzene reach boiling points up to 179 °C) production facilities having the capability to reach such high degrees are mandatory.

Between laboratory and production, a major difference is the phosgene preparation itself. Indeed in the laboratory a prefilled phosgene cylinder is used whereas our production can rely on in-situ generated phosgene. The latter is prepared from carbon monoxide (CO) and chlorine (Cl2) in presence of a catalyst at 140 °C, and monitored with on-line analytics, ensuring a high-quality reagent during production. A major advantage is not just low chlorine content, which is necessary to avoid the formation of chloro-amines and potentially hazardous side reactions, but also  the avoidance of large amounts of non-conforming phosgene in the reactor.

Based on the toxic nature of the phosgene reagent, several specific safety installations ensure a smooth process when handling this hazardous chemical.

In laboratory, a total of four permanently installed phosgene detectors are placed within the closed phosgene cabinet, namely:

Based on the 0.1 ppm OEL value of phosgene, the alarm thresholds are set to 0.1 ppm (optical alarm) and 0.2 ppm (acoustic alarm). Only specially trained lab technicians have permission to work inside the phosgene cabinet, and a gas mask (ABEK P3 filter) is mandatory during all manipulation steps. In addition, there is a permanent visual control of a co-worker from outside the cabinet. The phosgene detection is secured in a triple-redundant system, as beside of the installed sensors, mobile devices and detection paper badges are used.

In case of an emergency, single-use protective suits with compressed air breathing are available to protect the rescue workers who need to enter the building. The total amount of phosgene allowed in the synthesis lab is limited to two bottles containing each 1.2 kg of phosgene. On the other hand, our production facility with a maximum reaction volume of 4.3 m³, is fully automatized, video supervised, and includes an emergency shutdown if parameters are outside the pre-defined ranges. In case of an unlikely major incident during industrial production, emergency actions are pre-defined with the local authorities to ensure the protection of staff and residents in the area around our site, alike.

In conclusion, the handling/manipulation  of phosgene, both in the laboratory and in production, requires specialized infrastructure, skills and knowledge. At Valsynthese we manage all stages on a professional level, focusing our strategy to be a high premium CDMO able to deliver high-quality and safe services and products.