The case for homogeneous ester hydrogenation 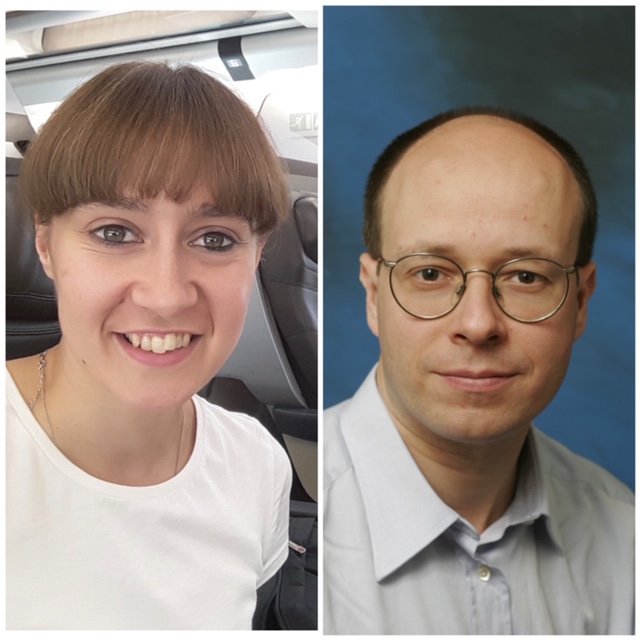 A revolution in homogeneous hydrogenation catalysis is in full swing. This has been triggered by a renewed enthusiasm for operationally simple, cost-effective and sustainable transformations and is supported by the continuous evolution of more active, chemoselective and efficient catalyst families. Amongst the emerging transformations, homogeneous ester hydrogenation (EH) using ruthenium-based catalysts has now become an exciting and industrially viable addition to the catalytic toolbox. Dr Antonio Zanotti-Gerosa, R&D Director, and Dr Lucy Milner, NBD Manager, discuss the reasons that should, and will, lead to an ever-increasing implementation of this technology.

At the beginning, innovations in the homogeneous ester hydrogenation (EH) field have largely been driven by the flavours & fragrances industry. This is motivated by their high number
of primary alcohol targets which require robust, selective and economical manufacture. As such, large players including Firmenich, Takasago, Givaudan and DSM have all developed proprietary technology in this field.

Building on its track record as a trusted and innovative catalyst supplier, Johnson Matthey has licensed a world-leading class of EH catalysts and made the technology accessible for all of the company’s fine chemicals customers. Examples of such catalysts, developed by Professor Dmitri Gusev of Wilfrid Laurier University’s research group, are illustrated in Figure 1.

As with any emerging technology, effective propagation into new markets can only occur when a product meets the unique demands of each user. The most valuable benefits for each stakeholder will depend both on the industry and their role within the development chain (Figure 2). 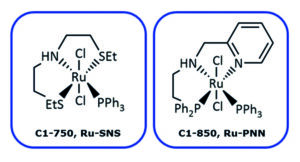 Applications within the pharmaceutical industry require the catalyst to be tolerant of diverse and complex functionalities, ideally operating at low pressure to allow easy outsourcing of the route to CMOs. Applications in the agrochemical, flavour and fragrances, fine and commodity chemical industries will face additional pressure on factors such as process efficiency, low catalyst loadings and, desirably, catalyst recyclability. All end-users require safe and reproducible chemistry, selective processes and simple reaction work-ups – all of which are key benefits offered by homogeneous EH catalysis.

Why should industry use homogeneous ester hydrogenation?

The fine chemicals industry has been using hydride reductions for many decades and most chemists are familiar with the technology from lab-scale experiments to large-scale applications. Bulk prices of the most common hydride reagents can range anywhere between €5 and €20 per kilogram. Even considering stoichiometric (or higher) molar ratios, this appears cheap compared to the headline price tag of a homogeneous catalyst. However, in an optimized process, only a minimal amount of catalyst is required for converting large amounts of starting material to product. A rough estimate for the point where an EH catalytic process becomes more competitive than a hydride process (purely looking at the cost of reagents) sits around the catalyst molar ratio of 10,000/1. This threshold, which has been achieved and surpassed on several targets, will be lower in the case of high-value substrates (eg chiral substrates) or where the catalytic route provides significantly enhanced selectivity or yield. Besides this very basic cost model, a more sophisticated analysis should include the cost savings associated with simpler work-up and much-reduced waste generation.

Any chemist who has run hydride reductions can intuitively appreciate
the advantages of avoiding the handling of hazardous reagents and the complex, exothermic work-up (think LiAlH4!), which produces several times the reaction volume in organic and contaminated aqueous waste. In lab-scale reactions, the risks can be (generally) safely managed and, in absolute terms, waste generation is minimal, but the process safety hazards and environmental impacts increase significantly upon scale-up. An optimized homogeneous EH process provides selective and quantitative (> 95%) conversion to the desired alcohol under controlled conditions and the catalyst can be removed by a simple precipitation step using a co-solvent or by distillation.

Johnson Matthey’s survey of hydride reductions of esters reported in Org.Proc.Res.Dev. confirms poor environmental metrics and E-factor values in the 30 to >100 range are common. Even with the difficulty of making exact like-for-like comparisons, JM estimates that similar transformations with homogeneous hydrogenation catalysts would reduce the sustainability metrics by a factor of five- to tenfold. As the pharmaceutical industry faces mounting pressure to achieve sustainability, the use of simpler catalytic processes is an unmissable opportunity to minimize the environmental impact of operations and improve green credentials. As highlighted in Figure 3, the possibility of using many of the simpler substrates ‘neat’ can further increase process efficiency.

Despite the requirement to operate under hydrogen pressure, the benefits offered by the enhanced safety, simplicity and sustainability of homogeneous EH catalysts far outweigh the initial investment to explore this new technology. JM’s in-house R&D teams have demonstrated efficient turnover at hydrogen pressures as low as 5 bar, well within the pressure capabilities of most CMOs. The application of continuous flow technology, where higher pressure can be operated with a limited equipment footprint, will be another viable alternative.

Homogeneous EH catalysis has a bright future in the fine chemicals industry, however, one major hurdle to its uptake is the ‘human factor’; in an industry where time pressure is overwhelming, chemists tend to rely on trusted, established technology, even when more effective alternatives become available. However, as molecules continue to become more structurally complex, environmental regulations continue to tighten, and health and safety policies become more stringent, the case for considering improved catalytic routes will become imperative. Johnson Matthey’s role in the homogeneous EH journey is twofold; first, to provide rapid access to high-quality, best-in-class technology and, second, to offer its extensive in-house expertise to support customer uptake optimization of EH within their specific processes.