Harnessing the power of redox chemistry for eco-friendly industrial manufacturing

By By Reuben Carr, Head of Chemical Biology, Ingenza 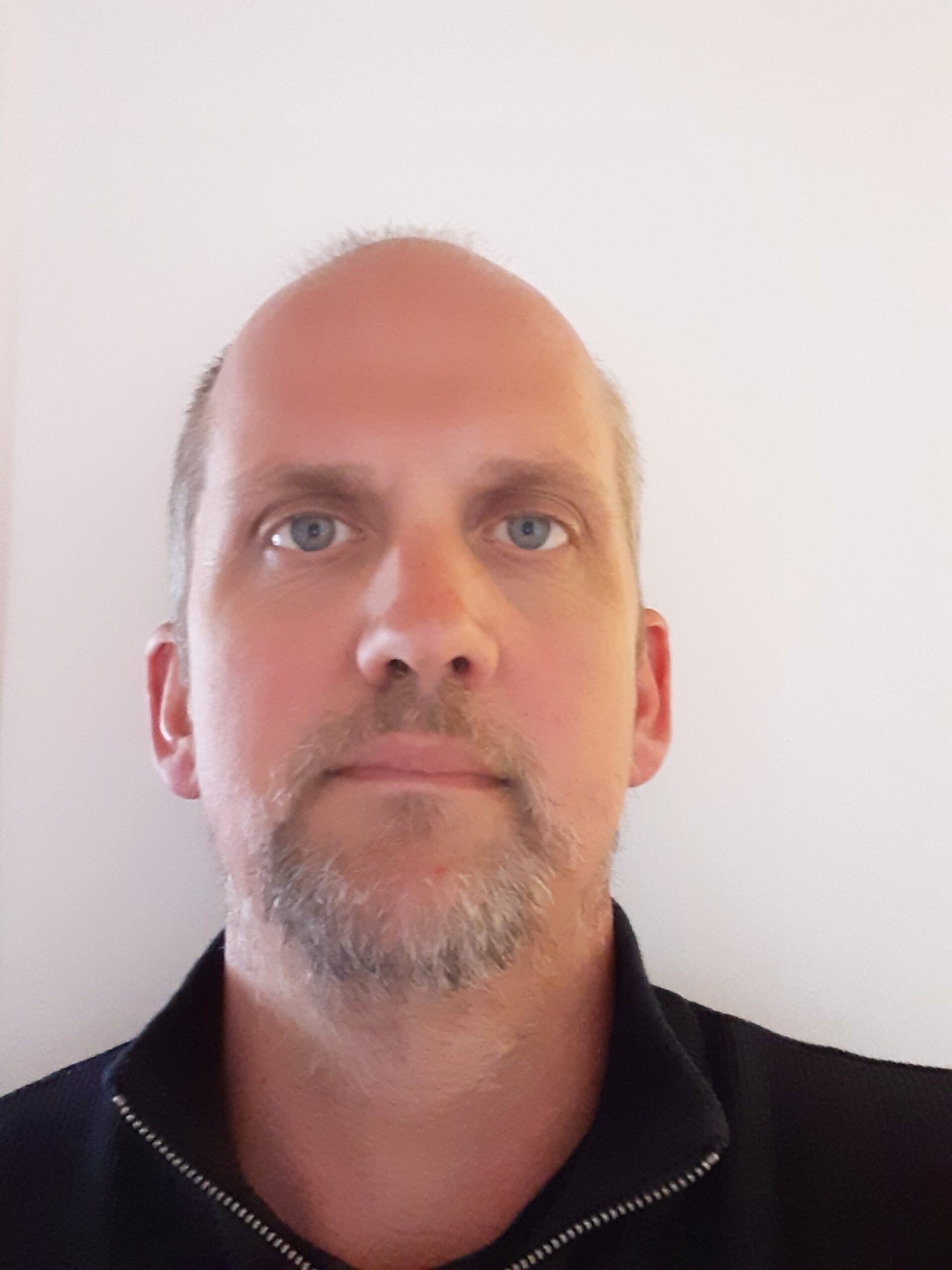 There is a continual drive across many industries to reduce carbon emissions in manufacturing processes, as the focus on climate change and the impact of greenhouse gases increases. Until recently, the emphasis had been on removing carbon dioxide by carbon capture and storage, which deals with the immediate issue, but does not discourage its production in the first place. An alternative approach is the redox management of carbon – determining the external energy requirement and minimum carbon substrate feedstock provision to generate a saleable product, while simultaneously suppressing the co-production of carbon dioxide. This article discusses how harnessing the potential of redox chemistry to manage carbon could have a significant positive impact in the agriculture, food and beverage, and biofuels industries.

Tackling carbon emissions: a small step for man, but a giant leap for mankind

One of the biggest challenges of our generation will be to reverse the effects of climate change caused by long-term increases in CO2 emissions. Despite a slight reduction associated to the COVID-19 pandemic, and much publicity and ever-growing political pressure to tackle these issues, human-caused CO2emissions in 2020 were still greater than 34 billion tonnes, meaning that atmospheric CO2 levels are currently 48 % higher than before the Industrial Revolution.1,2

This is undoubtedly a complex problem to solve, but there is much that can be done at a small scale that will add up to big net reductions in greenhouse gas emissions. There are two ways to approach the problem; dealing with CO2 once it has been generated (decarbonization), or preventing its production altogether (carbon repurposing).The idea of ‘reduce, reuse and recycle’ should be strongly encouraged, and a large part of Innovate UK’s Industrial decarbonisation challenge3 funding is currently being directed at carbon capture storage, which can be thought of as a kind of CO2 landfill exercise. While the idea of ‘total decarbonization’ might seem appealing, it is largely impractical within the context of our daily lives and basic requirements for food, clothing, and shelter. This is where the second approach of carbon repurposing comes into play. There have already been some developments in this area, but this approach relies on in-depth scientific knowledge of existing manufacturing processes, and means introducing changes to well-established operational procedures, making it more difficult to implement.

It’s all about chemistry!

Fermentation is a chemical process that has been extensively used to our benefit, where carbohydrate feedstocks are converted to consumable products such as biofuels, alcoholic beverages, etc. It is also a major pollutant among agro-processing industries. Scientists have now started investigating different ways of manipulating the chemical reactions involved in the fermentation process, with the aim of reducing, stopping the production of, or reassimilating CO2 and other greenhouse gases. This could be hugely beneficial in many industrial applications.

Manipulation of redox reactions during fermentation is based on an understanding of the underlying chemistry and intrinsic energy values attributed to the different states of carbon, both in feedstocks and the products generated. These energy values are dependent on the number of carbon-hydrogen or carbon-oxygen bonds, with more carbon-hydrogen bonds representing a greater amount of available energy (Figure 1). When a specific carbon substrate is burned, its associated energy can be accessed and harnessed via oxidation reactions. 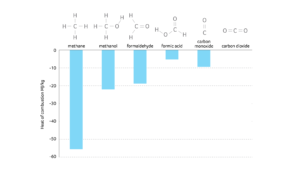 Figure 1. Energy associated with single-carbon molecules, based on the relative ratio of hydrogen and oxygen bonds.

These pathways have been prolifically exploited by man for industrial use, and redox manipulation of carbon is not a novel concept, but the challenge is to translate this approach into real world applications that are not detrimental to the environment. As a result, chemists are now exploring novel ways to either reduce or completely avoid the formation of CO2 in these processes without markedly affecting costs for manufacturers. If successful, such technologies could be applied to a wide range of feedstocks, increasing the sustainability of many existing bioprocesses (Figure 2).

The cattle industry – which accounts for almost 5 per cent of the UK’s total greenhouse gas emissions4– is a good example of where manipulation of fermentation through redox chemistry would be advantageous, leading to more environmentally friendly ruminants, or ‘green’ cows.

Rumen fermentation takes place in the cow’s digestive system, where a microbial community converts the ingested feed into energy. Complex sugars enter this chemical reaction and are processed into volatile fatty acids (VFAs) which are absorbed by the cow’s bloodstream, with methane being formed as a by-product and expelled by the animal.11 This is what accounts for the majority of carbon emissions from ruminants (Figure 3). 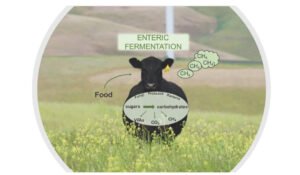 It is estimated that the carbon footprint of grass-eating, methane-producing cows in the UK stands at an average of 17 kilograms of CO2 for every kilogram of meat produced.4,5 Each cow also releases between 70 and 120 kilograms of methane per year, which is why there has been extensive marketing around reducing our intake of meat and dairy products.6 But what if we could consume ‘green’ meat instead? The cow’s emitted methane carries around -891 KJ/mol in energy that we cannot burn, energy that, if harnessed, could feed one-and-a-half people per head of cattle. By changing the way the industry uses feedstocks, and cleverly manipulating the fermentation reactions happening in a cow’s digestive system, it may be possible to reduce methane production in a way that would not add to the net cost of the feed or harm the animals or surrounding environment.

The energy sector is the major source of human-made greenhouse gas emissions, and renewable energy initiatives – such as solar and wind farms, and hydroelectric stations – are increasingly popular around the world. Another potential source of renewable energy is molecular hydrogen (H2). But how is ‘green’ hydrogen made, and how can it help to reduce CO2 emissions? Simply, an electrical current from a renewable energy source, such as wind, is used to split a water molecule into hydrogen and oxygen (electrolysis). Hydrogen itself is an energy carrier and holds a greater energy content than any other common fuel by weight – one of the main reasons why it is used as rocket fuel. It is also a clean-burning fuel when combined with oxygen, with water vapour as the sole by-product of this reaction. Interestingly, the power of hydrogen can also be exploited to redirect or repurpose CO2, such as in the fermentation of bioethanol.

In this type of fermentation reaction – alcoholic fermentation – glucose is metabolized by Saccharomyces cerevisiae to form ethanol, with CO2 being produced as a by-product. Introducing hydrogen into this reaction bypasses the release of CO2 altogether, with one molecule of glucose forming three molecules of ethanol (Figure 4). Manipulating the chemical reaction with hydrogen feedstock input not only makes this process more environmentally friendly, it also lowers the amount of sugar required to obtain the same tonnage of ethanol, offering considerable cost savings for industries that use conventional sugar-derived feedstocks in this process. 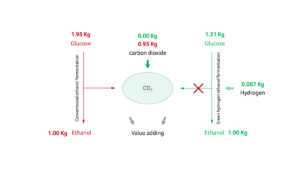 Figure 4. Ethanol fermentation process showing the amount of feedstock glucose (left) in a typical reaction versus a ‘green hydrogen’ approach that shifts the energy to ethanol production without the concomitant CO2 emission (right).

It sounds simple, but where is the catch? For this technology to work, genetically modified S.cerevisiae are required, as these yeasts are not inherently capable of using molecular hydrogen. In addition, the monetary and resource costs of hydrogen production would need to be lower than the feedstock costs and output energy from the ‘green’ fermentation. The first issue is a somewhat easier one to tackle with modern synthetic biology approaches, whereas the second requires upfront investment in renewable energies.

Can hydrogen truly become a cost-effective energy source to help reduce our carbon footprint? In chemistry terms, two moles of hydrogen would be required to process each mole of CO2produced (CO2 +2H2→ CH2O + H2O) to achieve energy feedstock parity with typical sugar-derived feedstock choices. But what does that mean in real terms? If we look at the Grangemouth industrial site in Scotland as an example, this facility would require around 365,000 tonnes of hydrogen gas to process its average annual emission of 4 million tonnes of CO2 and reach a level where feedstock energy density is balanced with biobased/sugar derived feedstocks. With current industrial electrolyzers, which use around 55KWh per kilo of hydrogen generated, roughly 20,000 GWh of energy would be required to process this amount of CO2. However, in 2015, total renewable power provision in Scotland amounted only to 22,000 GWh, making this an unfeasible solution at present.

It is not all bad news though! Scotland’s bold ambition to reduce its carbon footprint – achieving net zero greenhouse emissions by 2045 – means that changes are already taking place.7-10 Businesses are beginning to incorporate innovative scientific discoveries, and initiatives such as the grants awarded by Zero Waste Scotland specifically targeting renewable energy use, are helping in moving industries in the right direction. Manipulating the redox potential of chemical reactions complements this, evolving current industrial practices without major changes to processes, offering the potential to lower many industries’ carbon footprints while keeping the economic burden to a minimum.

Ingenza is a worldwide leader in the application of industrial biotechnology and synthetic biology, providing efficient scalable bioprocesses to manufacture chemicals, biologics, pharmaceuticals and biofuels from sustainable sources. Its scientific and commercial activities are led by a management team with over 30 years’ experience in applied bioscience and the development and commercialization of bio-based products. In addition to engaging in strategic partnerships to tailor its bioprocess services for clients, the company also licenses its proprietary bioprocess technologies.