The growing field of nanoencapsulation in pharmaceutical and cosmetics applications 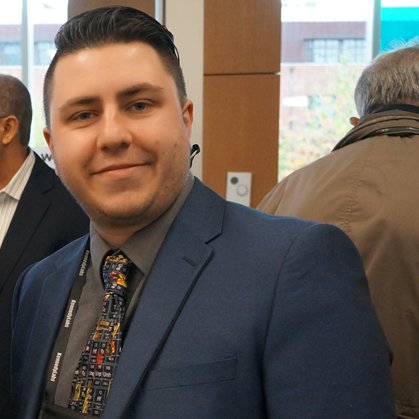 Nanotechnology is helping to drive technology and product development in many different fields including in the pharmaceutical and cosmetics industries. Both these fields need to utilize the latest formulation technologies and there is now a growing trend of using nanoencapsulation methods across both industries to better improve the characteristics of the products on offer to the general public. Liam Critchley reports.

The encapsulant, ie the active ingredient inside the core of the nanocarrier, can be a solid, a liquid or a gas. Nanocarriers typically fall into one of three categories: inorganic nanocarriers, organic nanocarriers and solid drug nanoparticles, with the latter being used only for pharmaceutical applications. The nanocarrier is a shell that protects the active core material from the local environment until released– which is often a controlled diffusion release in response to an external stimulus, such as shear forces, a change in pH, or enzymatic action.

Inorganic materials were the first types of nanocarrier developed, as their synthesis is typically more straightforward, but they have limited biocompatibility (which can be overcome by functionalizing the surface with organic molecules) and they struggle to be broken down and excreted by the body– this being the main issue with their use. Some of the main examples over the years have included  gold nanoparticles, iron oxide nanomaterials, mesoporous nanosilica and metal-organic frameworks (MOFs). Carbon nanotubes have also been trialled, and while they are technically organic in chemical makeup (due to being made of carbon), their properties are more reminiscent of the inorganic nanocarriers than they are of the organic nanocarrier class.

Organic nanocarriers are now widely established and most of the work in this area revolves around polymer- and lipid-based nanocarriers, such as liposomes, as well as dendrimer architectures,as their biocompatibility is much better than that of inorganic materials and they can be broken down by the body much more easily after use. Solid drug nanoparticles are not as widely explored but their use is growing. These solid drug nanoparticles are only comprised of the drug of interest, the nanoparticle is simply a nanoscale form of the drug packed into a template/suspension. Because they are comprised of already approved drugs, there are not as many regulatory barriers to overcome, so while these systems are not yet as widespread as other organic nanocarriers, their use is likely to increase.

Organic nanocarriers and solid drug nanoparticles are the more common options in pharmaceutical applications because they have better biocompatibility than inorganic nanocarriers: inorganic nanocarriers were the first to be trialled but have been phased out in favour of biologically compatible materials. Nanocarriers are typically used as drug delivery vessels to deliver an active drug to a target area and release it. This method has become an effective way of enabling a drug to be delivered to the right area while being protected until it reaches this intended area, meaning that the drug will not decompose en route, nor will it target the wrong area of the body. This also means that drugs that would otherwise be too toxic to administer can be encapsulated and delivered safely without affecting the healthy cells of the body, widening the scope of possible therapies available to a patient over those available using other drug delivery routes.

How the nanocarrier carries and delivers the drug depends on each specific type. In general, inorganic nanocarriers and liposomes, ie the more spherical delivery systems, will uptake the drug into their core, attach to the target of interest via surface groups and release the payload. Dendrimer-based systems will usually have the drug molecules covalently linked within the dendrimer and the drug will be cleaved when the dendrimer binds to its target site. Solid drug nanoparticles offer something completely different: the active drug molecules within the solid drug nanoparticle suspension are slowly released over 1 to 6 months, thus drug nanoparticles are seen as a controlled way to tackle drug dosing compliance issues with patients because regular administrations of the drug are not required.

While much of the focus of nanoencapsulation and nanocarriers has been around pharmaceuticals and drug delivery systems, there are some areas within the cosmetics industry where they are also used. Some of the more common examples include delivering moisture in oil-based ointments and creams to increase the hydrating properties of the product. There are a number of commercial products that use nanocarriers to add such hydration properties to formulations and hydrate the skin when applied.

Another common nanoencapsulation approach is to encapsulate fragrances, where the nanocarrier vessel breaks upon application, releasing the fragrance and making it last longer. There are also many unstable cosmetic compounds, such as hydroquinone— a compound that is used to lighten skin — that oxidize rapidly in oxygen and moisture. By encapsulating such molecules, they can be applied on the skin and not undergo any unfavourable chemical reactions before they perform their intended function.

There is also a growing trend to use nanocarriers to deliver cosmeceuticals — a cross-over area of pharmaceuticals and cosmetics that applies both therapeutic and cosmetic benefits to the surface they are applied on. A range of nanocarriers are in use in this interdisciplinary field, including liposomes and other lipid-based carriers, niosomes and nanoemulsions, to name a few. These nanoencapsulation methods play a wide role in the cosmeceutical area, including hair care products for treating grey hair and hair loss (as well as other hair serums), anti-wrinkle creams,and in sunscreens. Identik, Origem, Nirvel, Chanel, Dior, Estée Lauder, Decorte and Sesderma are just a few of the big-name brands that currently utilize nanoencapsulation technologies to enhance their products.

Overall, a number of companies across the pharmaceutical and cosmetic sectors are now starting to utilize and reap the benefits of nanoencapsulation methods, and nanotechnology in general. It is likely that this trend will continue, and there will be more products in both sectors utilizing nanoencapsulation methods and other nanotechnology-based systemsin the years to come.