The growth of biological products in agriculture

The world is facing an agricultural challenge, as we try to reduce the environmental impact of

The world is facing an agricultural challenge, as we try to reduce the environmental impact of farming yet ramp up production to feed a global population that is expected to reach 9 billion by 2050. Biologicals are central to this discussion and have become a high investment and developmental priority for industry leaders such as Monsanto, Bayer CropScience and BASF. At the same time, new players like BioConsortia are rapidly innovating in the space.
Outside the Industry
By offering alternative, naturally-occurring solutions to growers, biological solution developers and marketers provide the agricultural industry with additional tools to maintain food production levels while reducing environmental impacts.
Microbials are one biological solution that have held a spot in the industry’s limelight for many years. Thanks to the earlier burst of interest in microbial effects on human nutrition, the public has been primed to comprehend the extrapolation into plant health and productivity. The benefits of the microbiome work in similar ways in both humans and plants – aiding in digestion of nutrients, affecting expression of certain traits and manipulating metabolite expression.
There are trillions of different organisms living in the soil, already affecting and regulating plants. Harnessing this wealth of microbial diversity and wide-range of influence has proven exceptionally beneficial so far. For instance, Bradyrhizobium is a nitrogen-fixing bacteria used as an inoculant on more than 80% of soybean acres in Argentina and in the US. Bacillus thurengensis has been used commercially as a biopesticide for 30 years.
Macro-drivers
Stringent regulatory pressures on synthetic pesticides, increases in fertilizer costs, and regulatory and consumer requirements to reduce fertilizer use, are all contributing to the positive momentum behind biological solutions. It is difficult to ignore the negative bearing of pesticide residue and fertilizer run-off on the environment. One functional effect of microbes that benefits plants is the ability to make more available nitrogen-fixing bacteria and phosphate solubilizers with the resulting increase in efficiency of fertilizer use.
Yet, as traditional solutions become more restricted, yields must be maintained in increasingly volatile climates, and there is a need for more innovative solutions. Arable land is limited globally, so growers need to have access to innovative and increasingly effective tools, such as biologicals. 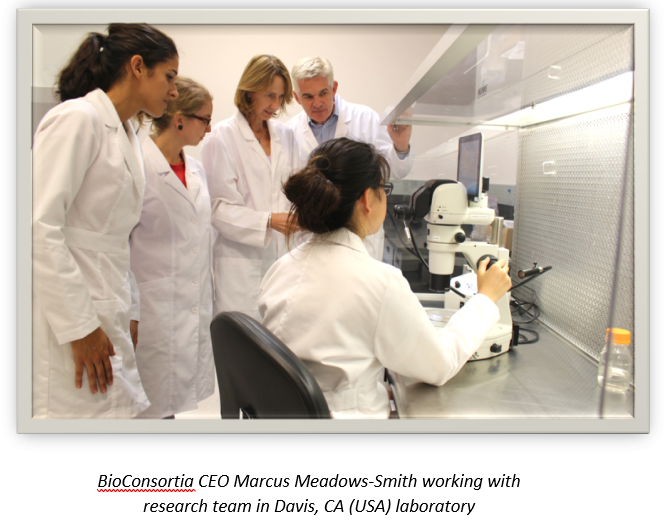 Research cost is also playing a role in the shift toward a heightened focus on biologicals. Synthetic pesticides cost over $200 million and take 8-10 years to develop globally. Development of genetically modified (GM) crops also has high research costs and products take even longer to get to market. Biofertilizer and biostimulants have R&D costs of $10 million and a 4-6 year development time; biopesticides have R&D costs of $25 million and take 5-6 years to get to market in the US.
Biologicals, such as naturally occurring organisms, extracts, insects and related materials, face much lower regulatory hurdles. The Environmental Protection Agency (EPA) has a well-defined, accelerated US registration procedure in place for biopesticides, although biofertilizers and biostimulants remain regulated on a state-by-state basis.
Investment
The biologicals market experienced a jump in growth in 2008. Many more small companies were responding to the need for innovation in the sustainable agriculture industry, and grower perception of biologic products began to change as these smaller parties were backed by strategic alliances with major players in the industry. There was a rush of investment starting in 2012, initiated by Bayer CropScience’s acquisition of microbial R&D company AgraQuest. BASF, Syngenta, Monsanto, Novozymes and Chr. Hansen all followed with their own acquisitions or partnerships, and DuPont Pioneer and Koch have also made moves into the biologics space.
Koch acquired Mendel Biotechnology at the end of 2014, which marked the beginning of the fertilizer giant’s work in biological research. At the beginning of 2016, the company added to their biological platform, acquiring a minority equity position in leader of biological plant health solutions, Pathway BioLogic. However, there are still many smaller companies working independently or alongside their larger competition, and some exciting new startups with innovative R&D models and products.
Money also started coming from venture firms in addition to the dominating players in the agricultural industry. According to Chemical & Engineering News, Cleantech Group reported that venture investment in agricultural technology grew from less than $100 million in 2012 to over $250 million in both 2013 and 2014, excluding investments in information technology and hardware firms.
Piper Jaffray’s 2013 Industry Note valued the biopesticides industry at approximately $2 billion; biostimulants made up their own $1 billion market. In 2015, Research and Markets’ Agricultural Microbials Market valued the microbials market at $2.2 billion in 2014 and predicted, with a CAGR of 15.3%, a value of $4.6 billion by 2019.
As hundreds of millions of dollars are being poured into researching these natural solutions, the market for biologicals is growing at about 5 times the rate of synthetic agrochemicals.
Current market challenges
Some of the major challenges faced by those working with microbes are formulation, consistency and compatibility with standard agronomic practices. Microbials have a history of poor consistency, but improved screening methods and developments in formulation are beginning to solve part of this problem. In addition, most biologicals are not replacing incumbent solutions, so identifying treatments that are compatible with standard practices is crucial.
Microbial research teams have also found that it is often difficult to transfer results found in the laboratory to the field. The Monsanto Novozymes BioAg Alliance has essentially moved their screening process to the field – their 2015 program included 2,000 strains across 500,000 plots, laying claim to the largest microbe research program in the world. Other companies also realise the need for consistent field results, and field trialing programs are growing each year.
The Future
Continued technology advancements and investment in biologicals will drive improvements in efficacy and consistency, discovery programs and formulation science. Research will likely incorporate microbiome analysis and DNA sequencing to better our understanding of microbe-plant interactions.
Given technological progress and more research, there is huge potential to enhance plant breeding efforts and improve plant traits. Integrating biologicals with synthetic chemistries, fertilizers and traits will further bolster this potential.
Author:
Holly Meadows-Smith, Marketing Associate at BioConsortia, 1940 Research Park Drive, Davis, CA 95618, USA
T: +1 530 564 5555
https://bioconsortia.com
This article is shortened and adapted from an article previously published in Fertilizer Focus. The original version  was published in Fertilizer Focus (March-April, 2016) and was adapted for republication here with the permission of Argus Media.